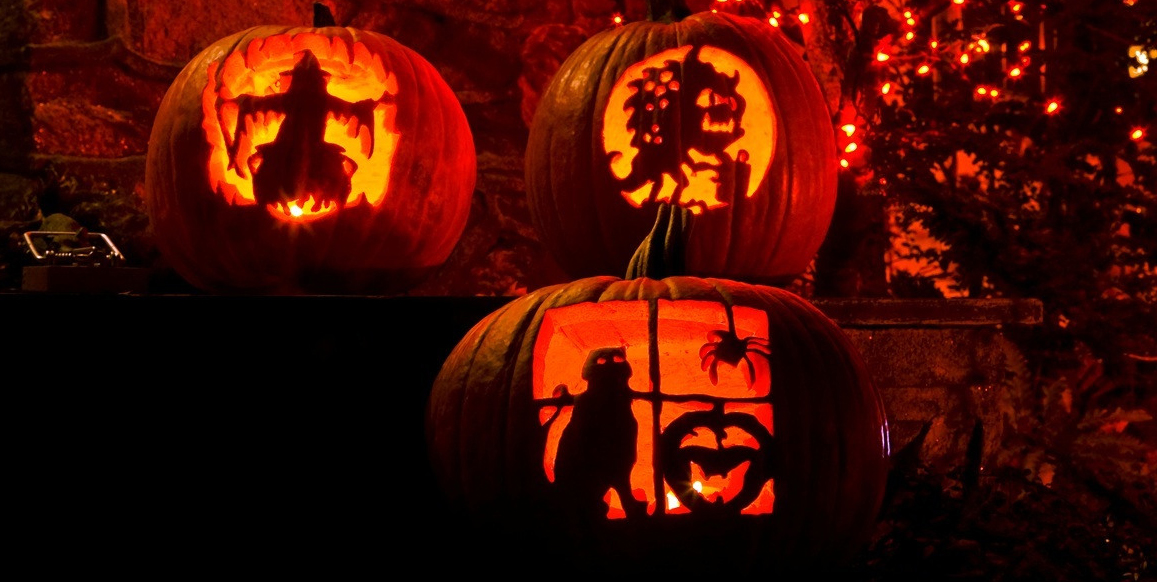 It is getting close to Halloween time; we can see strange pumpkin faces popping up around us. This is not a new thing that we done, people have always been using what nature gave us, and often excessively, in order to help our everyday life. However, where does the expression “Jack- o'lantern” come from and since when are we cutting those scary faces out of pumpkins?

The Stingy Jack myth was said to be born in the Irish countryside a few centuries ago. The story goes like this; once upon a time, the Devil had decided to visit Stingy Jack, they both wanted to have a drink but, as usually, Jack didn't want to pay. He suggested to the Devil to use his powers to transform himself into a coin that Jack would be able to use to pay for their drinks. The Devil accepted and Jack decided to not leave the Devil free by putting the coin into his pocket close to a silver coin. He gave him freedom in exchange of tranquillity for a year. Next year, Jack tricked the Devil and ensure himself 10 years non-claiming for his soul.

A few years later, Jack died. Nevertheless, God didn't allow him to Heaven and neither did the Devil to Hell. He sent Jack on Earth with nothing except a mere burning coal that Jack placed in a carved-out turnip to light his way with ever since. This is a sad story for Jack but this carved-out idea is even older as we find in Maori civilization, the use of turnips for lanterns have been used for over 700 years. On Irish islands and in Ireland, people were using this method since the 19th century according to the historian Ronald Hulton. We found an account from a local Irish pub holding a carved gourd competition and presenting a prize to “The Best Nowadays, we can see the Orient cutting trend for watermelon, orange or even carrots.

At Chef Academy, we teach several cutting techniques required to enter into a professional kitchen. Have a look at our professional culinary courses and you might discover your own dream. Do not hesitate to contact a member of staff here at Chef Academy of London for any further information. Anyone would be delighted to answer to your questions.