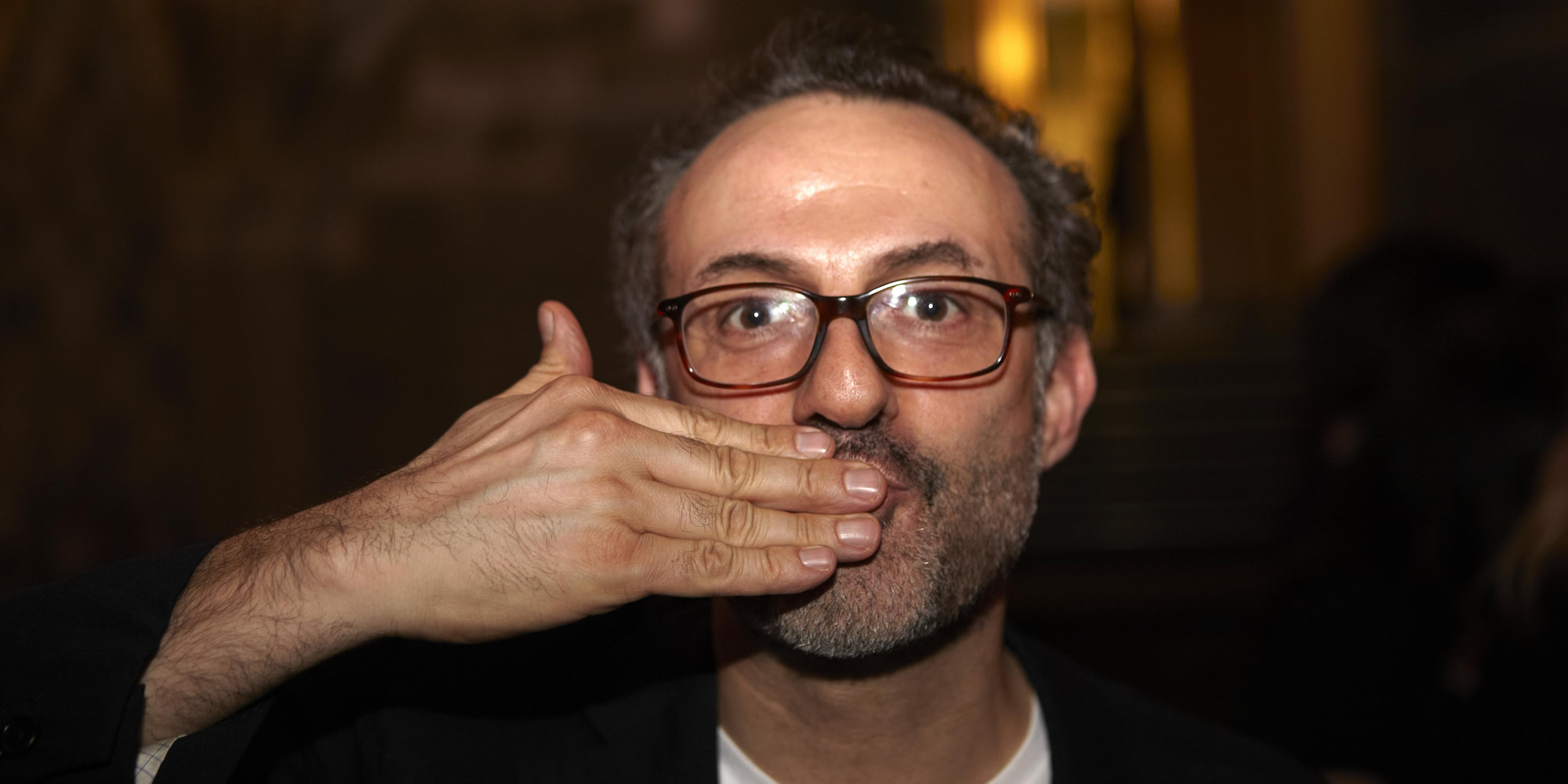 The exciting news for the culinary sector in London is that, fresh from having been crowned the 2nd best restaurant in the world at the Worlds 50 Best Restaurants Awards, Massimo’s three Michelin star restaurant is coming to Mayfair. The pop up version of the restaurant will run in the capital for three days only at Southeby’s Auction House from the 27th to the 29th of June. It will be serving a seven course tasting menu of Buttura’s classic culinary creations and will set customers back £250 per head with a further charge of £95 for wine pairings.

The surroundings of Southeby’s Art Galleries will be spectacular, diners will be surrounded by the creations of artists who have influenced Bottura’s cooking over the years, including Damien Hirst, Lucio Fontana and Gerhard Richter. Massimo’s dishes are very influenced by the worlds of art and design. ‘Camouflage: Hare in the Woods’, ‘Beautiful Psychedelic Spin – painted veal, not flame grilled’ and ‘Oops I dropped the Lemon Tart’ are just a few of the dishes to be on the menu. Massimo’s creations are heavily influenced by the world of art and design.

Massimo was born and brought up in Modena. His interest in cooking and the culinary world begun from a young age after watching his mother, aunt and grandmother preparing family meals. In 1986 whilst studying law, he heard that a roadside trattoria was for sale on the outskirts of Modena. He decided to put his studies on hold to buy the building and renovate it. This is when he opened his first restaurant, Trattoria del Campozza. Bottura became an apprentice to chef Georges Coigny to build his culinary foundation. He also worked with Alain Ducasse at Le Louis XV in 1994 in Monte Carlo. Ducasse invited him to stage in his kitchen following a visit to Trattoria del Campazzo.

In 1995, Bottura opened Osteria Francescana in the centre of Modena. His concept was to infuse culinary tradition and innovation with contemporary art and design. He then spent a season with Ferran Adria at El Bulli, this encouraged him to continue re writing rules, using imagination and creativity and pushing boundaries with him cuisine.