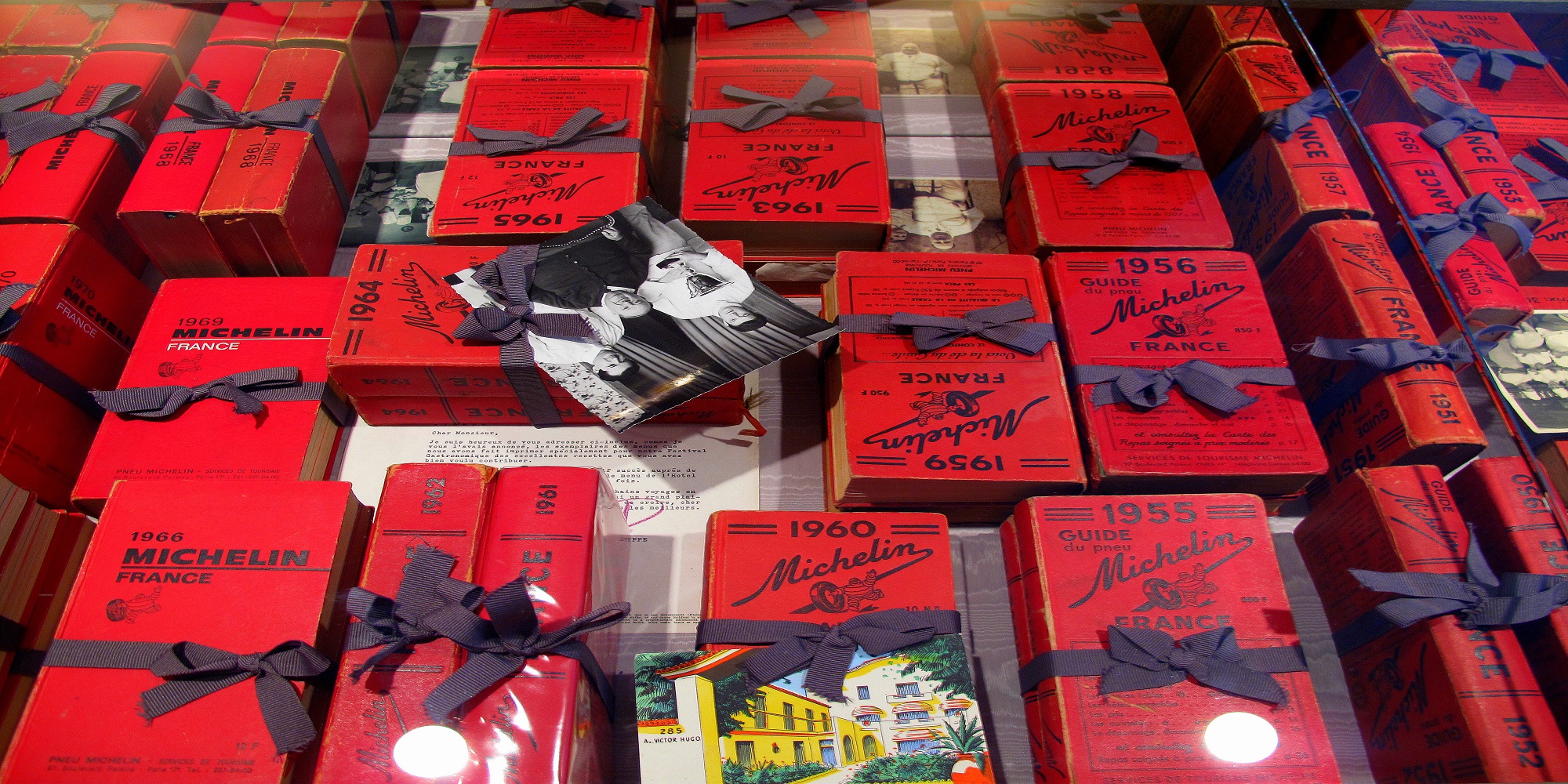 At the turn of the twentieth century, the Michelin brothers, Andre and Edouard, owners of the tyre company decided to publish a guide for the car owners of France. It listed the names and locations of petrol stations, garages and tyre mechanics, hotels and restaurants. The first edition of the guide, 35000 copies was distributed free.

The first international copy of the Michelin guide was published in 1904 in Belgium. The first British edition was published in 1911. As the tyre company grew so did its guide and it went commercial in 1920. The story goes that Andre Michelin found a work bench in a garage being supported by several copies of his guide. He realized that “Man only truly respects what he pays for” and decided to charge 7 francs for the guide.

In 1944, during the Second World War, the Michelin guide was published in Washington DC with updated detailed city maps and distributed among the Allied forces that landed in Normandy. Most of these guides were either lost or destroyed in bombings, a few were taken back to America. There are very few originals of these war time guides in Europe today.

Today country specific Michelin guides are published across Europe and city specific ones in the US and Japan. Michelin stars are highly coveted by chefs from across the globe and have become benchmarks for cuisine of the highest quality. The anonymous inspectors of Michelin are duty bound to maintain the secrecy of their identity. They are passionate about food and have extremely discerning palates. They visit restaurants as ordinary diners, sometimes several times, before they decide on the number of stars that should be accorded to it. They concentrate on the quality and consistency of the food served and the mastery of techniques of the chef. The décor, table setting and ambiance is not a part of their consideration. Michelin starred restaurants are considered in a class of their own.

There are many establishments across the world, in every continent, that produce food guides and rate restaurants and give awards; but even today the Michelin guide remains the hallmark of fine dining and quality cuisine and the Michelin stars, the most desired recognition.